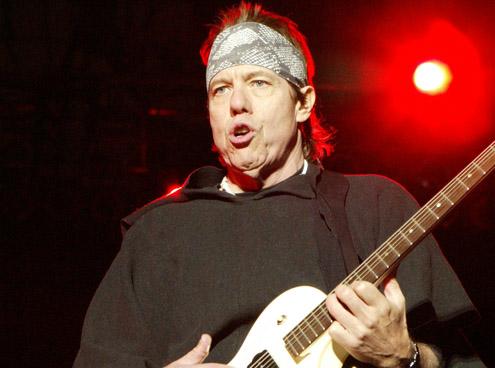 George Thorogood closed Moondance Jam 17, playing all of his big hits and some new songs. 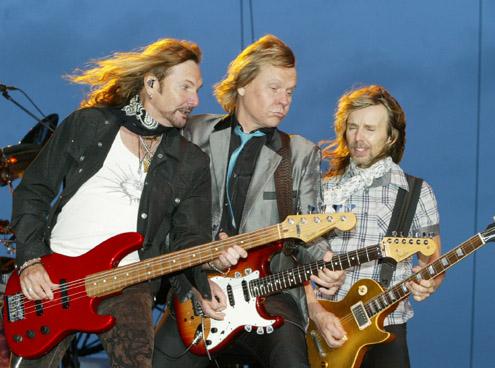 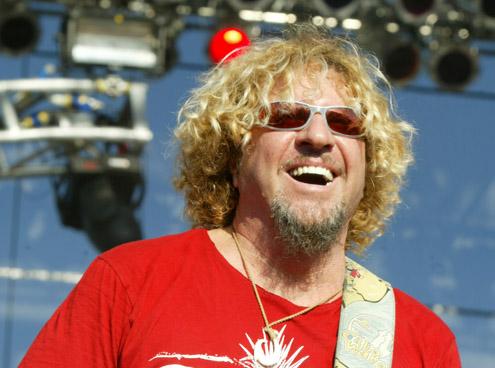 Sammy Hagar and the Wabos put on another great performance, attracting more than 18,000 Jammers Thursday. 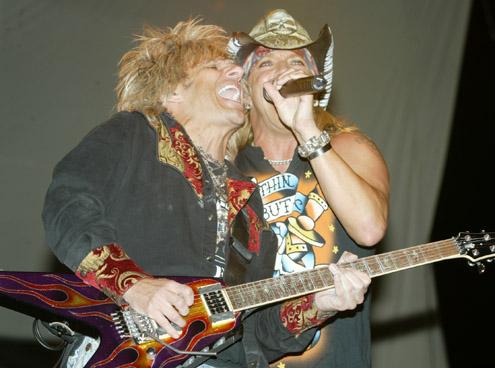 C.C. Deville (left) and Bret Michaels of Poison performed Friday night in front of an estimated crowd of 20,000 Jammers. Photos by Dean Morrill 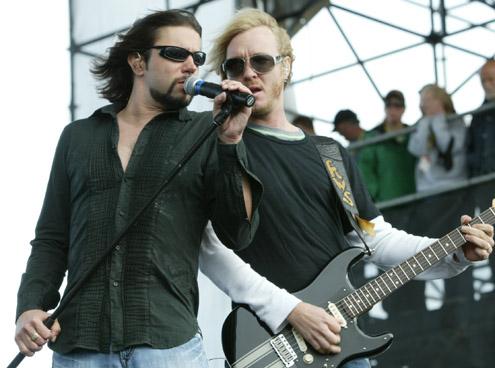 Noah Hunt (left) and Kenny Wayne Shepherd did not disappoint the many fans who came to their performance Saturday night.

George Thorogood closed Moondance Jam 17, playing all of his big hits and some new songs.

Sammy Hagar and the Wabos put on another great performance, attracting more than 18,000 Jammers Thursday.

C.C. Deville (left) and Bret Michaels of Poison performed Friday night in front of an estimated crowd of 20,000 Jammers. Photos by Dean Morrill

Noah Hunt (left) and Kenny Wayne Shepherd did not disappoint the many fans who came to their performance Saturday night.

No matter what Mother Nature came up with, organizers were able to overcome the weather as Moondance Jam 17 lived up to its Sizzlin’ theme.

For the first time in several years, weather played a major role in the Jam. Yet, despite the rain, hail, lightning, strong winds, cold and hot and humid temperatures, Moondance Jam was deemed another great success.

Bill and Kathy Bieloh said Sunday afternoon they were very happy with the Jam and declared it was another success, even though a few days  before the Jam kicked off it didn’t look promising.

“We went into the Jam about 10, almost 12 percent down in ticket sales. We knew we had a small problem,” Bill stated. However, those numbers rebounded over the course of the Jam’s four days.

The economy and weather combined were probably the major reason for smaller crowds, which turned out to be only 4,000 less in gate receipts than last year.

Bill said his staff’s execution and plans were great, with Kathy adding, “It was another great year.”

This was the first time anyone could remember that all four days were marred by thunderstorms. Last year, the weather was nearly perfect as gate receipts topped about 80,000, the second largest in the 16 year history of the Jam.

Mark Kirchhoff, the backstage director for both Moondance Jam and Jammin Country Fest, said  over the years they’ve been lucky that the rain hasn’t caused more  problems.

“Our luck caught up to us this year,”  Kirchhoff said.

While the storms caused some major headaches and minor delays for the production crew and main stage bands, it did not prevent the Jam from going on.

“Our goal is to run on schedule. On occasions we get the weather  delays and challenges, but we were fortunate to work through that and keep things on schedule,” Kirchhoff said.

Thunderstorms caused some problems Wednesday and Thursday, but it was the lightning and hail Friday night that delayed performances by more than an hour. The production crew, however, was able to make it up, and by the time Poison took the stage for the final performance, everything was back on schedule.

When the severe weather rolled in, Jammers were asked to return to their campsites, which accounted for some delays in the schedule.

Heavy rains Saturday also pushed back performances, but once again the crew came through. After Bill and Kathy came onstage Saturday night to recognize their workers and thank the Jammers, George Thorogood and the Destroyers were only a few minutes late.

Kirchhoff said what helped make the transition from one band  to the next smoother and less complicated than in past years was that the same stage is being used for both the Jam and Country Jam, held a couple of weeks ago. Besides the same stage, the same lighting, stage and audio people work at both events.

“Everything is familiar to everyone, and everyone works well together,” Kirchhoff said. “It’s just a matter of refreshing the stage; bringing the audio and lights back in.

It also allows for less problems when a band is performing, which ultimately means a better show.

And the best possible show is what the Bielohs want, because that brings the Jammers back each and every year.

Kathy said what has made the Jam such a success over the years is the staff and the local community.

“This year was another great year. We had a lot of good compliments again,” she noted. “I can’t stress enough that it’s because of our staff that has been with us so long that this place does run the way it does.”

Jack and Melissa, hosts of Bemidji’s 99.1 FM’s Morning Show, also were amazed how Bill and Kathy continue to put on a big time operation each year.

“We are impressed every year with the lineup and the performances we see,” they both said.

Next year a major restructuring has been set, as the Bielohs have elected to go back to three days — Thursday through Saturday. This will allow them to bring in some higher-level bands, and keep the  Jam in line with the Jammin’ Country Fest, also held for three days in June.

The safety of Jammers and staff has also been a top priority for the Bielohs. While there were only a few minor incidents this year, there was an incident where traffic was backed up for 10 minutes near the main gate Friday night.

The State Highway Patrol directs and monitors traffic on Highway 200, but once the vehicles turn onto Township Road 46, the Bielohs’ gate staff control the traffic through all the gates. However, the Hackensack Police Chief reportedly decided to pull over somebody for tailgating on the township road, which backed up buses and other vehicles.