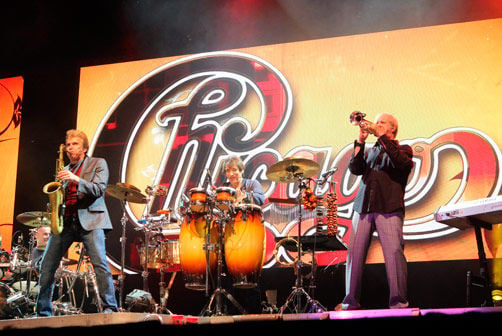 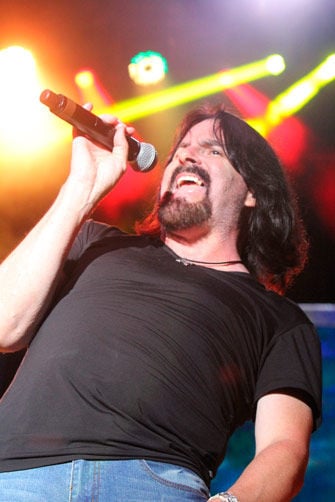 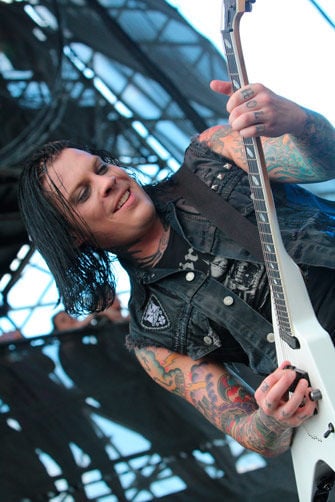 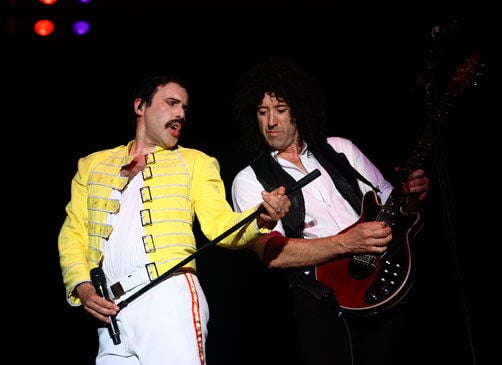 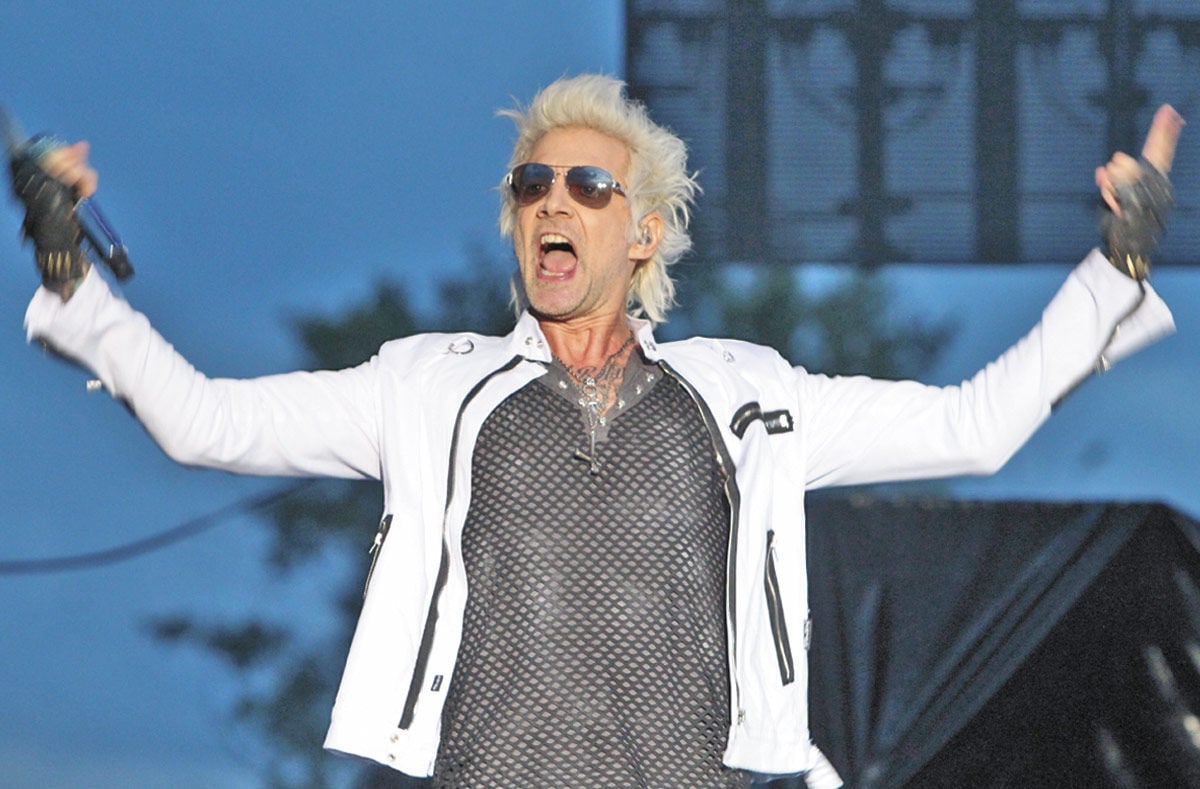 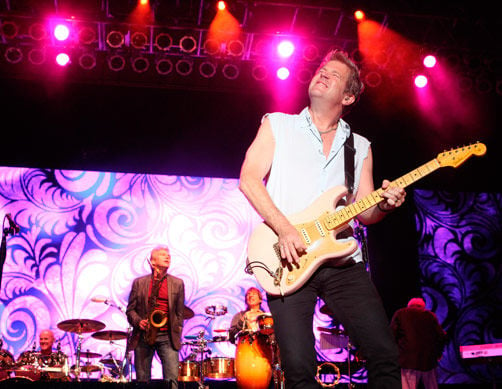 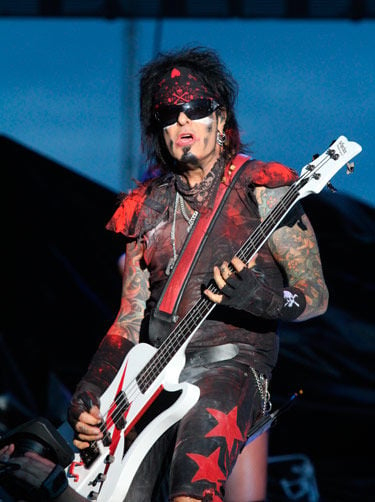 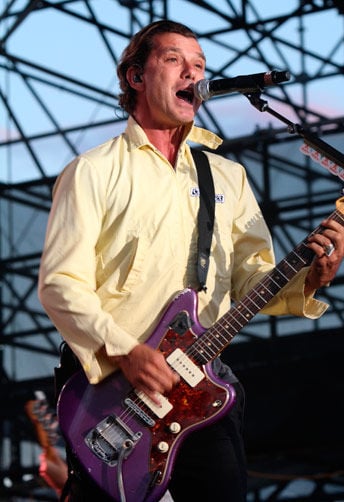 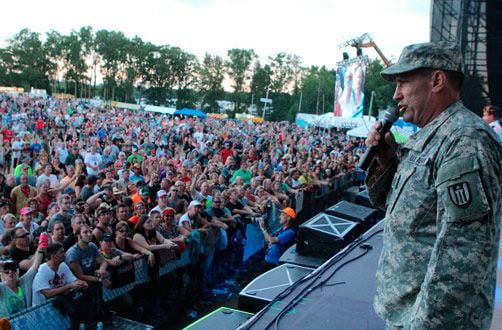 What more can be said about Moondance Jam that hasn’t been written before?

Kathy Bieloh and her staff put on another epic show for the 25th anniversary of “The Campin’ and Jammin’ Event of the Summer.”

Thousands of Jammers came out for four days of rock music featuring performances by more than 50 bands, including BOSTON, Chicago, Godsmack, SIXX: A.M., Bush and Loverboy.

The biggest outdoor rock ‘n’ roll festival in Minnesota had gate receipts that are expected to top 60,000 over four days.

Bieloh attributes that not only to the 25th anniversary, but to the traditional classic rock bands that were booked for this year.

“I was really happy with our line-up, and the Jammers were, too. I had so many people tell me that. We also had some people who hadn’t been here for a few years who came back just because it was the 25th anniversary,” Bieloh said. “Overall, it was a great weekend. And Moondance Jam 26 will happen.”

Some of the newer bands Bieloh enjoyed were Godsmack and SIXX; A.M., but her favorites are still classic rock bands such as BOSTON and Chicago.

As great as the music was, and as well-attended as the festival was, the weather again played a factor. But every band still went on, thanks to the work of the crew and staff.

Severe thunderstorm swept through most of northern Minnesota early Thursday morning, knocking power out to thousands of people. Businesses and homes suffered serious damage, and for some it took a couple of days to restore power.

Moondance staff worked for several hours Thursday to clean up downed trees and debris, while power company crews worked to restore power at the fairgrounds. About 13 hours after power was lost, the lights came back on.

“Thursday was a challenge with the weather — and not just for Moondance, but [throughout] northern Minnesota. For us, music runs on electricity, and we didn’t have it until about 2 p.m.,” said Production Director Mark Kirchhoff. “The power came on just about as late as it could, but  we were still able to put the show together. I think we only started three minutes late that day.”

Over the next three nights, there were no weather concerns. It may have been too hot and humid during the day for an outdoor festival, but the nights were perfect for music and celebrating.

There was another power hiccup Friday night when the power company turned off the electricity to re-connect another area and did not let anyone know. This occurred at about 7:45 p.m., with the Little River Band performing. The outage only lasted about 15 minutes, and The Little River Band was able to finish their set. Chicago also had a tremendous show, and Saturday went on without any trouble.

Most of the performances were about an hour long. That allows the production crews plenty of time to prepare the stage for the next act. BOSTON, Chicago, Godsmack and Queenryche have such elaborate set-ups that it has become routine for bands to show up with three, sometimes four semis full of lights and gear.

“They all put on such great shows,” Kirchhoff said. “We couldn’t be happier with the turnout.”

The milestone of reaching 25 years also didn’t go unnoticed by Kirchhoff, who has been involved with the Jam for 19 years, both as a performer and working in production.

“This is an incredible milestone for the Bieloh family — 25 years. Everyone is so excited to complete that achievement,” he said.

Over the four days on Jam 25, more than 50 bands graced the four stages at Moondance.

There were bands performing heavy metal, hard rock, modern rock to classic rock — something for everyone to enjoy, Kirchhoff said.

The Jam got off to a great start Wednesday as about 8,000 to 10,000 Jammers came out for the Pre-Jam Party, despite sultry, humid conditions. Performing were Killer Queen, and The Fabulous Armadillos and Collective Unconscious had a Tribute to the Eagles.

FireHouse took to the stage at 3 p.m. Thursday and played all their hits from a 25-year career. Up next was KIX, a group founded in Maryland that changed its name twice before settling on KIX. The hair metal band got the crowd rocking for Chevelle, Bush and Godsmack, which closed Thursday night’s concert.

Friday was relatively quiet on the weather forecast. Despite hot and humid temps, the fairgrounds and campgrounds were packed with Jammers who came out to hear the more traditional classic rock bands Jet: A Tribute to Wings, Foghat, Little River Band, Loverboy and Chicago.

Rick Springfield, who was scheduled to perform at 9 p.m., had a scheduling conflict and had to cancel.

The Jam closed on a high note once again as Blues Traveler, Queensryche, SIXX A.M. and BOSTON packed the fairgrounds.

“I think we put together a great mix of music for the Jammers to enjoy. This Jam had a lot of great bands who were great,” Kirchhoff added.

Thirteen years ago a Camping Contest was started to recognize the creative talents of Jammers at “The Campin’ and Jammin’ Event of the Summer.”

Judging is based on quality and originality, and maybe who had the best beverages and food to bribe the judges.

Every year Jammers decorate their camp site using a theme, which this year was “Rock and Roll Band” that pays homage to a favorite band or those who performed during the 25-year history of Moondance Jam.

Many campsites were viewed during prelims with final judging conducted Friday afternoon. “Party Like It’s 1999,” a tribute to Prince, was declared the grand champion.

The two runners-up were Kamp Petergoinya and MDJ Bar Stars.

Every winner gets six three-day Jam passes for 2017, with the grand champion receiving passes to the Poser Deck Saturday night to watch the band of their choice.

Two Lifetime Achievement awards, which started back in 2012 to honor Jammers who have been coming to the Jam for years, went to Camp Destiny and A Record Year.