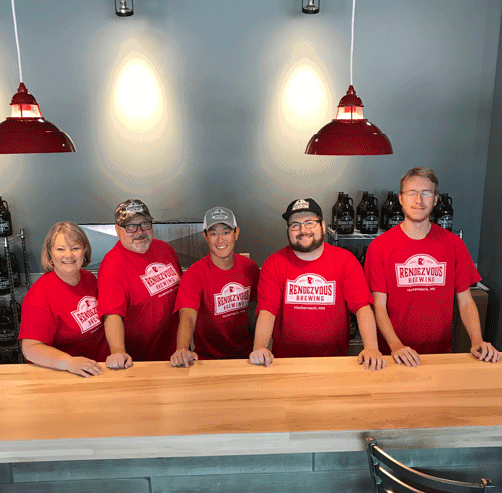 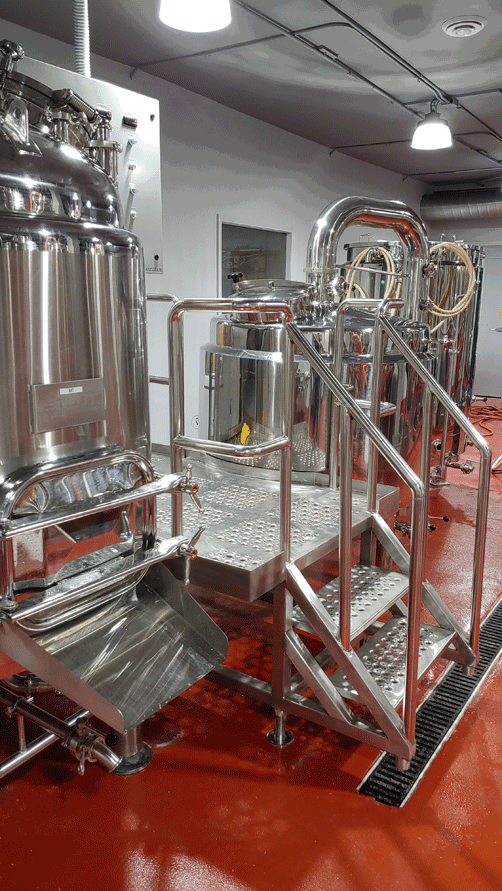 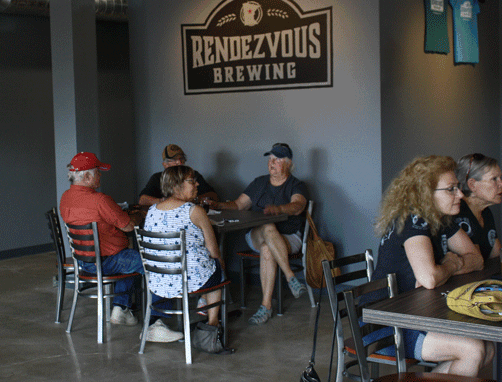 In early 2020, after years filled with dreams, discussion, designs, plans, permits and more, Doug and Sue Toth of Edina (and Hackensack) began work on their new business venture: Rendezvous Brewing.

Then in February, the spectre of COVID-19 appeared on the horizon. But the Toths and their team of family members and contractors forged ahead.

Now Rendezvous Brewing is ready for its Grand Opening Aug. 1 from noon-8 p.m. (masks required and social distanced seating). Customers are welcome to bring take-out food or snacks from local restaurants, or their own, to enjoy with Rendezvous brews or nonalcoholic kombucha. Rumor has it that a new beer may be released for the occasion.

The brewery was the collaborative idea of Doug and Sue, who live in Edina with their three sons. Doug, a graduate of Northwestern University, Chicago, now works for Pillsbury, while Sue, a St. Olaf graduate with an MBA in finance from St. Thomas, also worked for Pillsbury and US Banks but now works at a neighborhood school and does tutoring.

The family spends as much time as possible in Hackensack, where Sue grew up, the youngest daughter of Fay and Dorothy Harrington and where mom Dorothy and other family members still live.

Doug is an avid home brewer who enjoys brewing with his sons and exploring different styles of beer that have gotten rave reviews from family and friends.

“I want to create beer that appeals to many people but is fun and tastes great. Beer should be approachable; it’s meant to be enjoyed,” he explains.

When the couple started talking about life after their sons were out of college, they began to formulate the idea of eventually retiring in Hack but starting a business that would keep them busy and give back to the community.

Too young to retire yet, they still decided to pursue the project and about a year ago, found a building across from City Park that was perfect in many ways: close to the Paul Bunyan Trail and Lucette, the park, boat landing and downtown Hackensack. At 5,000 square feet, it was large enough to house brewing equipment, a taproom and additional seating for other uses.

Originally built as a Model T showroom/dealership back in 1907, it has housed many businesses. The last three were Osterloh Furniture, Yellow Brick Road and the  Northwoods General Store.

“My family has been in Hackensack for years, and many of the pictures displayed in the taproom have been copied from originals owned by family,” Sue adds.

Construction began early in 2020 and was a pretty smooth process. “Kevin Larson Construction was our general contractor, and he has a great crew,” says Sue. “The largest hurdles were the lack of pluming in the building and the ‘surprises’ you always find when remodeling an old building. Breweries require a lot of water, and there was only one small line running from the front to the bathroom in the back.  Bobcats and other equipment had to be brought in to trench the floor. And because it was such an old building, they found three cement floors poured on top of each other, so it took a lot more work than originally planned.”

Brewing equipment was purchased from Stout Tanks in Portland, Ore. A semi filled with 22,000 pound shipment of stainless steel arrived one winter day, but the Bobcat could only get the tanks as far as the back door.

Finally, with help from Larson, family members and several of the contractors, the equipment was carried the rest of the way into the brew house.

“It was an exhausting day,” Sue recalls, “But we got it all in before dark.”

The name “Rendezvous”  dates back to Sue’s grandparents, Pat and Laura Harrington, who operated the original Rendezvous Restaurant in the 1950s, where Birchwood Char House now stands. The first batch of beer from Rendezvous Brewing’s five-barrel system was similar to what Pat is rumored to have brewed and served to customers “back in the day.”

Since Rendezvous Brewing’s first batch also marks the beginning of their own new story, Doug and Sue decided to call it “Chapter One.” The batch sold out in two weeks, but they will continue to brew it and decided it will be a staple on the menu.

Currently two other beers are on the menu. Hopmazing is a double dry hopped Northeastern IPA, while Smilin’ Eyes is a dry Irish Stout. Four more beers are in the  fermenters, waiting for the yeast to finish its work. A non-alcoholic offering, Kombucha, is brewed locally by Ya Sure Kombucha of Pillager.

The Toths look at the summer of 2020 as an anomaly. In a normal year, there would be lots of activities going on in Hackensack and the surrounding area that attract people to the area.

“Although some of these have been cancelled this year, we anticipate benefiting from them in the future,” Sue said. “The brewery allows us to add many activities.”

“We also know that if we provide a product that people enjoy, they will keep coming back. ... We will keep brewing what people want to drink and introduce them to new kinds of beer they will enjoy. We also believe that friendly customer service, a wonderful atmosphere and comfortable setting all play a part in satisfying your customer.”

Rendezvous Brewing’s COVID-19 guidelines and restrictions are posted on Facebook. They take walk-up reservations, sanitize tables after every customer and wipedown bathrooms with sanitizing agents. Staff had been wearing masks but now have face shields to protect both customer and worker. They also follow physical distancing of tables and 50 percent operating capacity.

Rendezvous Brewing plans to be open year-round. “We hope some of the restrictions will be lifted so we can do some fun events,” says Sue. “We would like to make Rendezvous a place where people ant to gather and have fun. In the winter we will have some indoor games, sports TV and other surprises.”

Currently, Rendezvous Brewing is open Wednesdays through Saturdays, noon to 6 p.m., and Sundays, noon to 5 p.m. For more information, including the latest brews on tap, stop in at Rendevous.