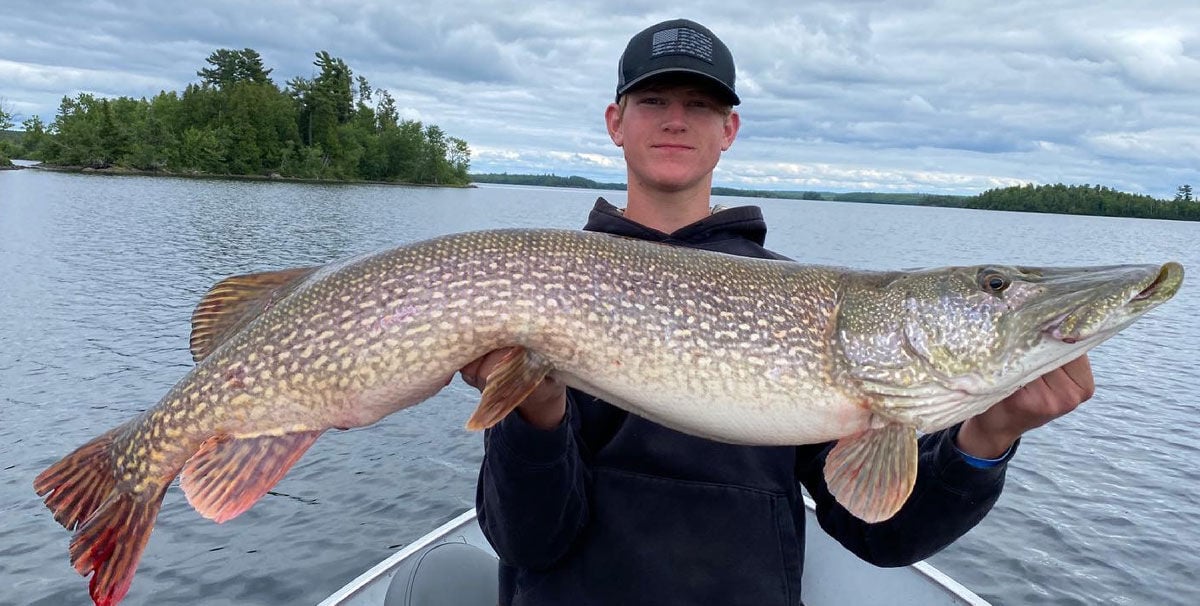 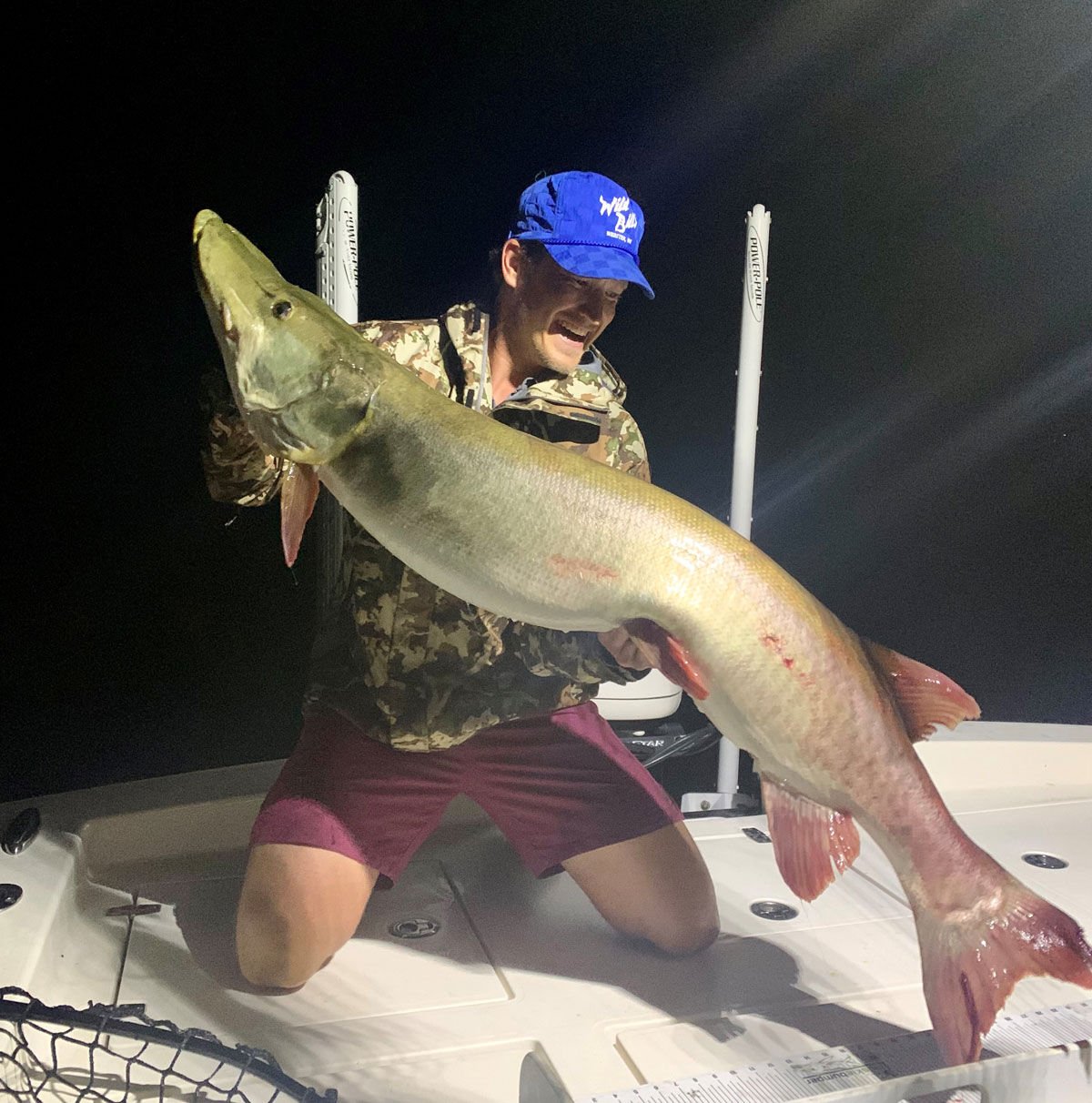 Anglers over the summer caught and released a new Minnesota state record northern pike and tied the record for muskellunge.

The Minnesota Department of Natural Resources certified the state catch-and-release record northern pike, a 46 1/4 inch fish caught June 19 on Basswood Lake by Brecken Kobylecky, a 15-year-old from Geneva, Illinois. The previous record was a 45 1/4 inch northern pike caught on the Rainy River in 2018.

The record pike was the biggest fish Kobylecky had ever caught. He was fishing with an Ely-based fishing guide and with about 10 minutes left of their final day fishing, they were trolling for pike.

“We hooked onto a huge pike that was barely hooked, and could hardly land it due to the sheer size and weight of the fish,” Kobylecky said.

Once the fish was in the boat they carefully took a few photos and measured the pike before releasing the fish back to the open water.

“The whole experience went by in a flash but it was an experience of a lifetime I’ll never forget,” Kobylecky said.

With two Vermilion Lake muskies now tied for the state record, this well-known water body continues to prove itself as a top muskie fishing destination. Kirby had fished the lake a handful of times and was familiar with small pockets that muskie seem to inhabit.

“That Friday night we were up against the weather. There was a huge storm front moving through creating extremely unstable conditions. The humidity was high, and storm clouds were building. It was one of those nights that the fish seemed to be super active, our boat had multiple chases, one resulting in a 48 inch fish in the net — at that time my personal best,” Kirby said.

They continued fishing into the night and around 10:30 p.m. he had a large “thud” hit his line hard when his bait was no more than 15 yards from the boat.

“I compared it to reeling in a large moving ‘log’ and after a few dark splashes, she was in the net. Everything just happened so fast!” Kirby said.

Kirby and fishing partners John and Will Gavic thought the fish looked 50 inches and were amazed seeing they caught a fish even longer, and one that would earn state record status.

“My bait just so happened to be the one that she ate, but that whole night couldn’t have been possible without the help of John Gavic and Will Gavic. Muskie fishing is a team effort, and when you have a good team on your side, landing a fish of that caliber creates a memory of a lifetime,” Kirby said.

The DNR announces new state records in news releases, on social media and on the DNR website. Find current records and guidelines for each type of state record at mndnr.gov/recordfish.