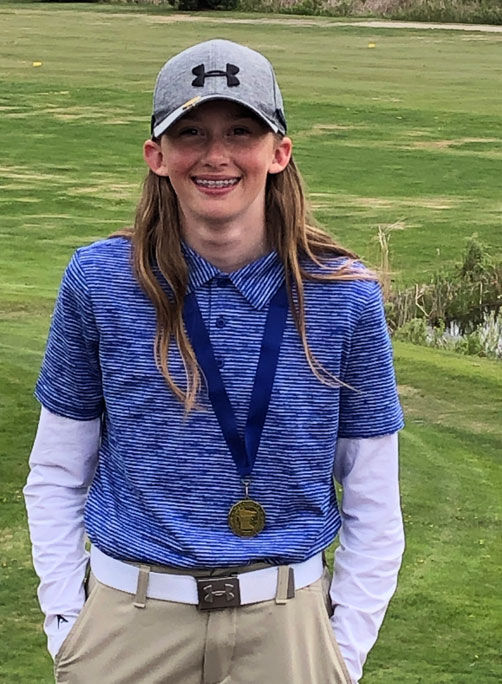 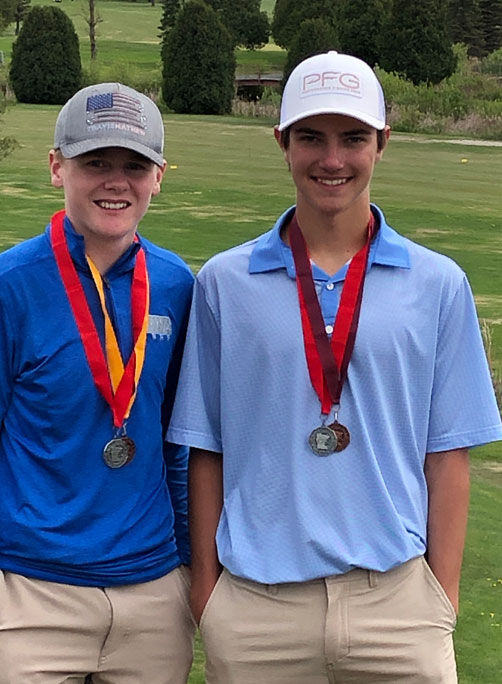 Kianna Johnson accomplished something no other Walker-Hackensack-Akeley girls’ golfer has done before. The eighth-grader won an Individual section title with a two-day score of 162 at the Section 7A Championship held last Wednesday and Thursday at the Virginia Golf Course.

Johnson, the lone WHA girl golfer, shot an 82 on the first day to lead by four strokes. She followed that up on day two with an 80 to win by seven strokes.

Finishing second was Jenna Bostrum of Braham who finished with a 169 and Sophia Hopkins of Hinckley-Finlayson third with a 177.

Braham won the team title with a 743 while Northwoods took second with a 785.

On the boys’ side, eighth-grader Parker Brock and sophomore Tanner Schneider also qualified for state. Brock shot a 78 on the first day and finished fourth with a 156, and Schneider shot an 80 on day one and took eighth with a 170.

Senior Mason Schneider came close to making it back to State, something he did back in 2019 before COVID cancelled the 2020 season. After a rough start with an 87 on the first day, he came back to card a 171 total, which tied him for ninth with Dominic Fairbanks of Cass Lake-Bena and Kase Pike of Hinckley-Finlayson.

On the first playoff hole, Schneider missed his par putt while Fairbanks made his, earning him a trip to State.

Ian Olson of Northwoods took first with a 150, while teammates Davis Kleppe and Sam Frazee tied for second at 154.

Northwoods also claimed the section title with a 625 and WHA was second at 674. Cass Lake-Bena finished third with a 714.

The Class A State Golf Championships will be held June 15-16 at Becker Golf Course.