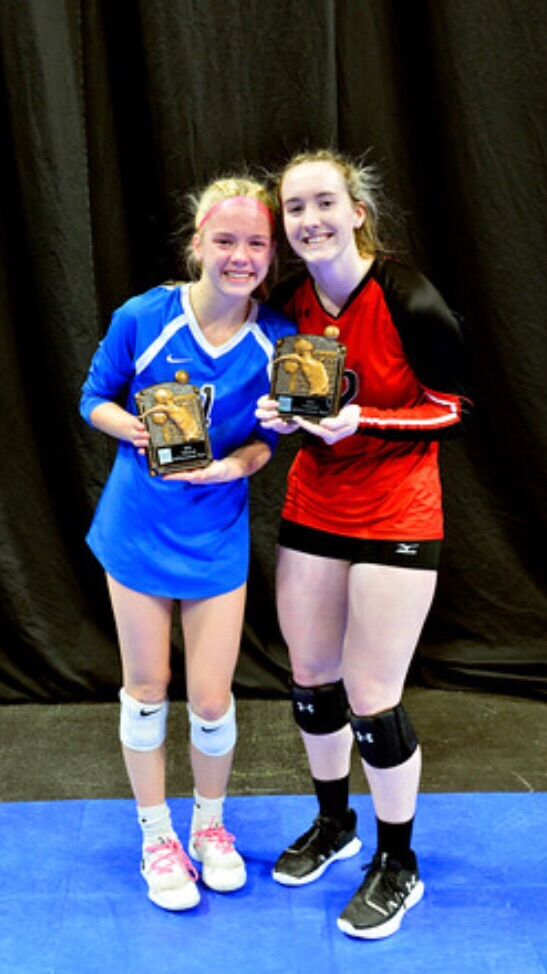 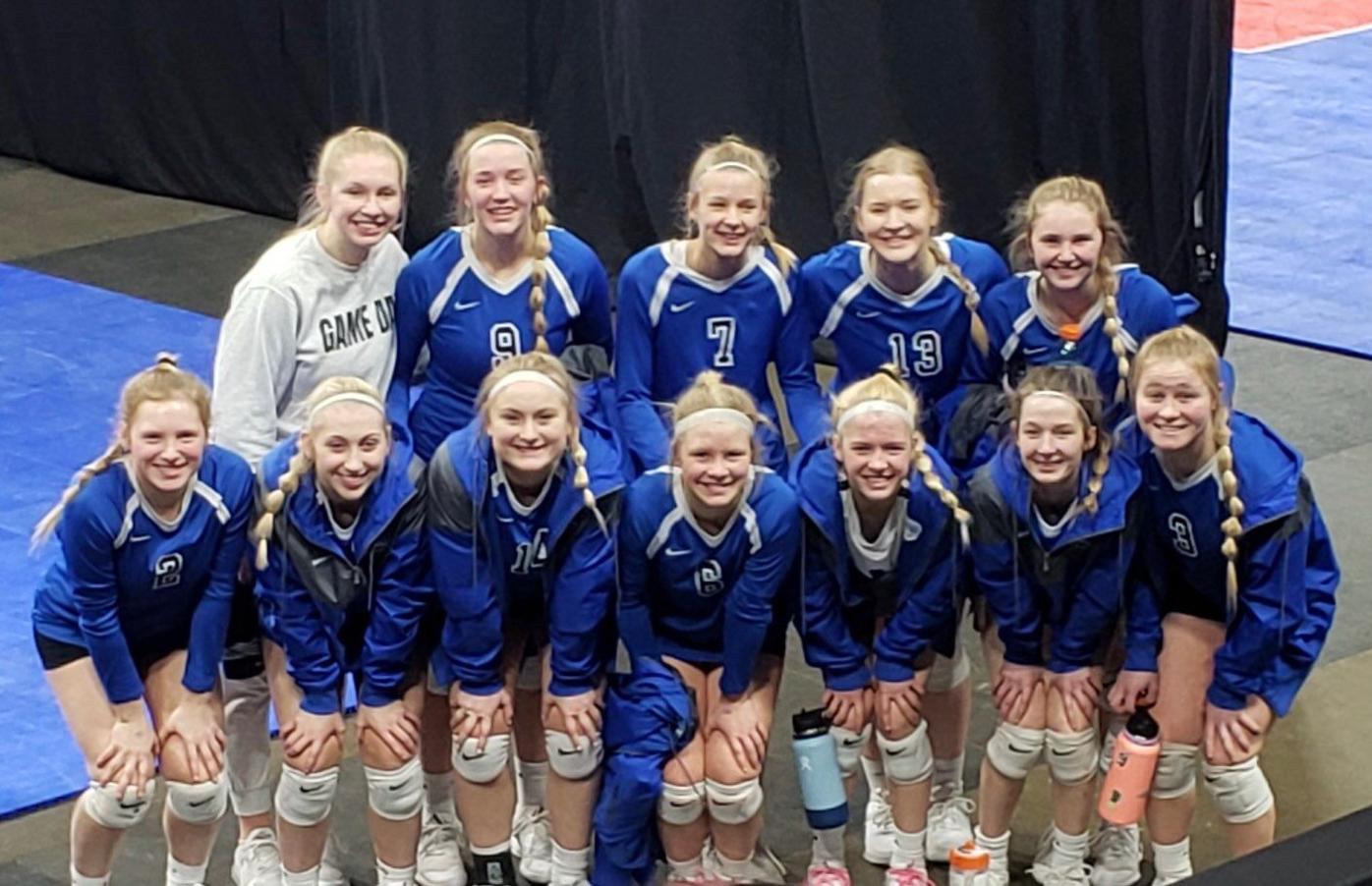 The Lady Wolves were playing their best volleyball of the season when they won the Section 5A championship and headed to the State Tournament.

Unseeded and overlooked, Walker-Hackensack-Akeley was making their first trip to State since 1978, and they didn’t disappoint their fans as they returned home with the fourth-place trophy.

Coach Monica McAllister was so proud of the girls’ performance, and said being fourth was a great accomplishment.

“The girls have such drive and dedication to play their best. All season long they’ve showed a lot of determination and a never-give-up attitude until the end of each match.”

McAllister said while the team has played well all season, they were definitely peaking at the right time; and once the playoffs started, they improved on that and stepped it up even more at State, which allowed them to bring home a trophy.

The other hardware the team brings home is  the selection of freshman Aubrey Morrison, WHA’s libero, to the All Tournament Team, which is an incredible accomplishment as only 10 players from the eight teams at State are selected.

“It’s a wonderful recognition because it’s voted on by the coaches,” McAllister said.

Morrison played hard and had a ton of digs, finishing with 82 digs in three matches.

The coach was appreciative of all the support the team and their families received from the community and school. “It was truly amazing to get all that support.”

In 1978 the Walker-Hackensack volleybal team went to State, but what a lot of people don't know or remember, is that in 1984 the Akeley volleyball team competed at the State Tournament.

WHA, which came in with a 28-5 record, opened the tournament Thursday night at the Xcel Center facing No. 3 seed Legacy Christian Academy, a private school that came in with a 26-3 mark. The Wolves rolled to a straight-set win, their 19th straight in a five-set format, with scores of 25-21, 25-22 and 25-18.

“This match was our best defensive and serve-receive performance of the season. The girls passed the ball so well,” McAllister said.

WHA also hit their stride on the offensive end by serving at 96 percent with three aces and had 31 kills.

Leading the way in kills was Sea with 10, Sagen had nine, Kali Oelschlager finished with seven and Alexa Johannsen had five. Strandlie finished with 28 assists.

Sea led with 23 digs, Morrison had 21 and Sagen had 17. Oelschlager assisted on three blocks, Strandlie on two and Sagen one.

In their second match Friday afternoon against No. 2 Minneota, the Wolves continued to play hard, but they were unable to match Minneota’s net play and fell 18-25, 21-25 and 14-25.

Sagen led with 12 kills, Oelschlager had 11 kills, while Johannsen, Sea and Strandlie each had three. Strandlie finished with 27 assists.

On the defensive side, Morrison had 19 digs and Sea 18. Oelschlager and Sagen each had one solo block, while Oelschlager also assisted on another.

Minneota fell to Lutheran Mayer in straight sets in the championship match.

The Wolves were hoping to bring home the third-place trophy, and despite a strong performance, they lost in four sets to Bethlehem Academy Saturday afternoon.

Morrison had a monster game on defense, finishing with 42 digs, which ultimately led to her being selected to the All Tournament Team. Sea had 28 digs, Sagen finished with 25, and both Devries and Strandlie had 12.

Of the 52 kills WHA recorded, Sagen led with 25, Oelschlager had 11, Sea 10, and both Johannsen and Avery Morrison had five. Strandlie finished with 44 assists and only one error.

Also at the net, Sagen had two solo blocks, and both Oelschlager and Sea had one, while Avery Morrison assisted on three blocks and Sagen on two.

Both Minneota and Bethlehem Academy have been at State before, so they have experience. “To be under the big lights, there’s a different vibe. The girls just played incredibly hard and determined,” McAllister added. “I also want to thank the team’s seniors for their leadership and dedication over the years to the volleyball program.”