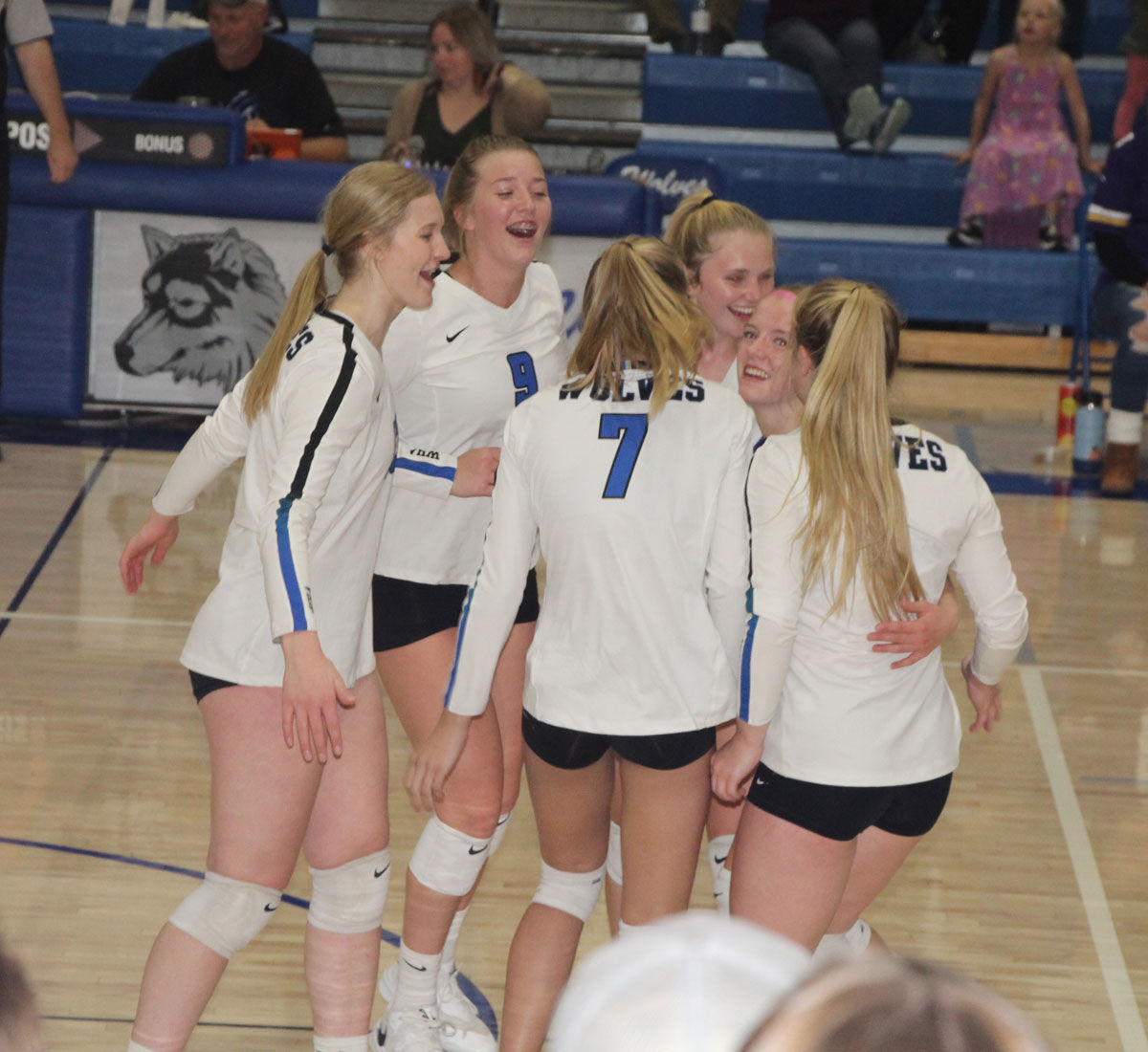 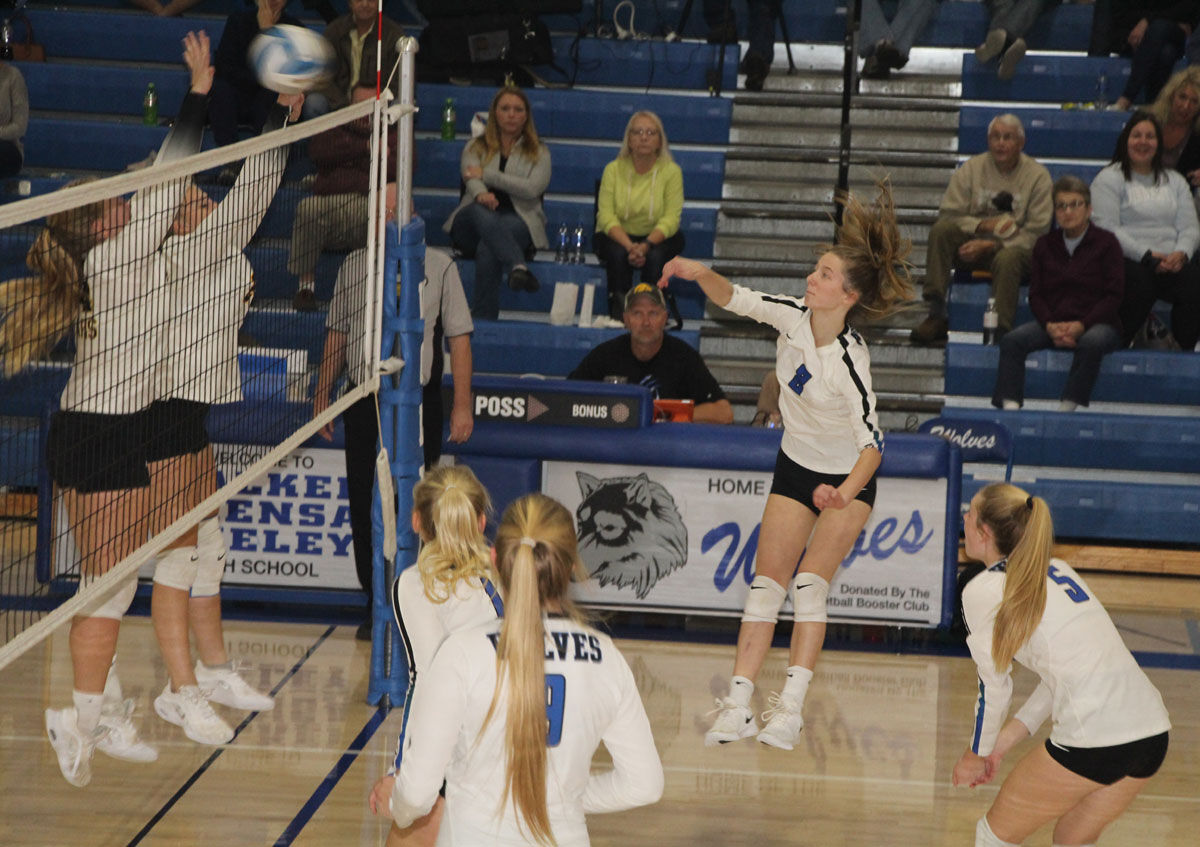 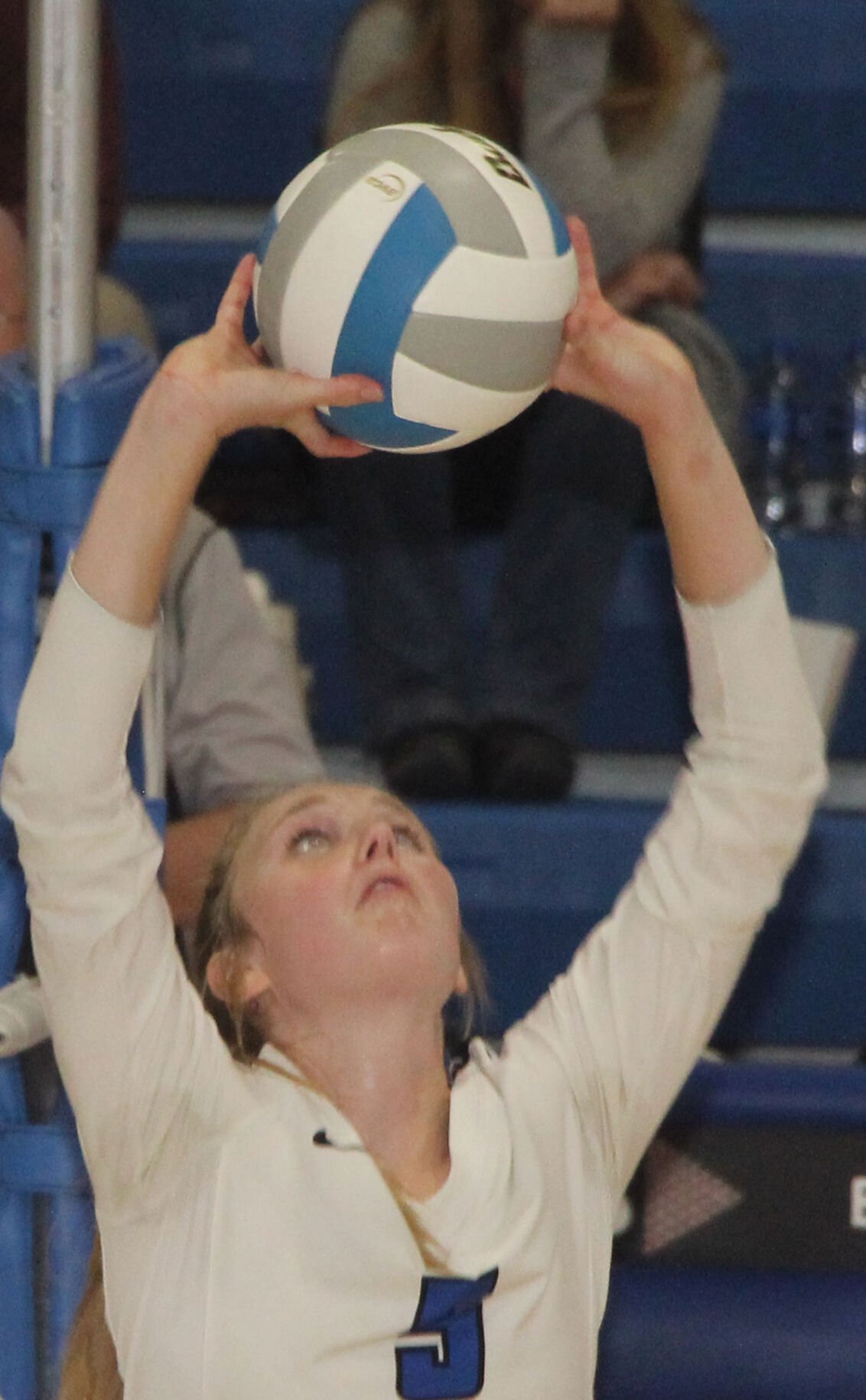 The Wolves finished the match with 42 kills, 40 assists, served at 94 percent with nine aces and a serve-receive ratio of 2.27.

Seven Wolves finished the night serving at 100 percent. Aubrey Morrison and Alexa Johannsen were both (11-11), Gwendolyn Devries (8-8), Abi Strandlie (6-6), Aliya Naas and Katie Sagen both (2-2), and Mackenzie Raddatz (1-1). Sea led with six aces, while Johannsen, Devries and Strandlie each had one.

Monsters at the net continued to be Kali Oelschlager and Sagen, with the former having 11 kills and the latter 16. Sea also had six kills, Johannsen four, Ava Welk two, and Kara Oberfell, Avery Morrison, Aubrey Morrison and Strandlie with one each. Strandlie set up most of those kills with 40 assists.

Leading the way in digs was Aubrey Morrison with 20, Strandlie had 16 and Sea 14. Johannsen had one solo block and assisted on another with Oelschlager, while Sagen assisted on two blocks.

The 19-4 Wolves close out the regular season this week with Menahga coming to Walker.

The Wolves won their seventh straight match and improved their record to 20-4 by beating Thief River Falls 25-16, 25-14 and 25-10 Saturday afternoon.

Sagen led with 17 kills, both Oelschlager and Sea had 12, Johannsen three, Aubrey Morrison two kills, with Strandlie, Avery Morrison and Welk one each. Strandlie finished with a season-high 45 assists.

On the defensive side, Sea added on to her 1,000 dig total with 12, Aubrey Morrison had 11, Sagen eight, Strandlie five and Devries four.