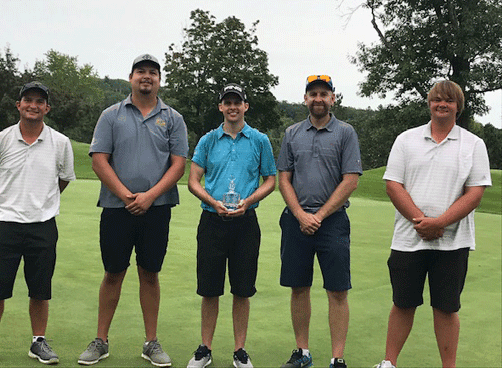 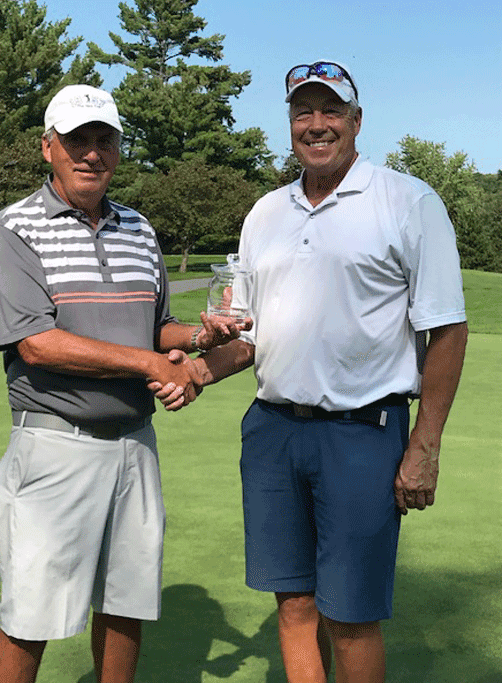 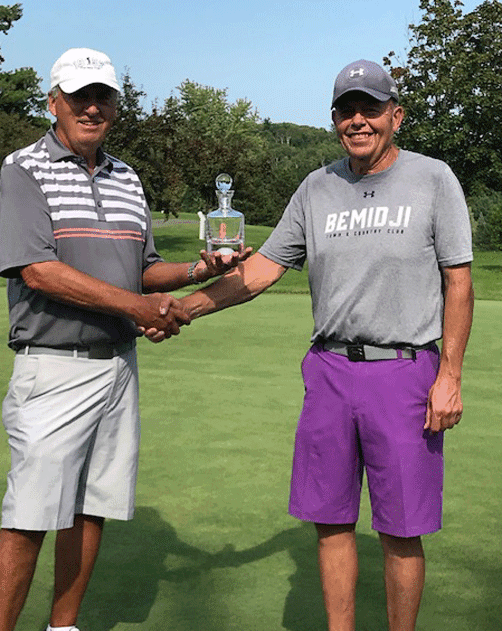 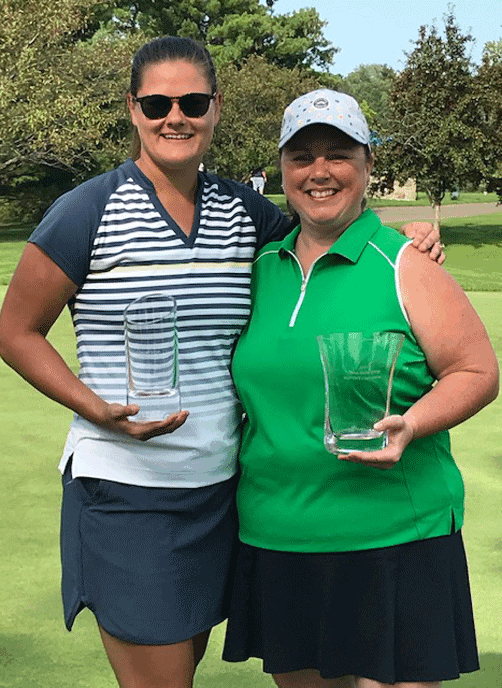 In the Men’s Championship, a familiar winner was again crowned with a family name — Sauer.

Jon Sauer, now living in Appleton, Wis., won his fourth championship (2004, 2009 and 2016). He eked out playoff victory by besting Tianna member Dakotah Brunelle, with a birdie on the first extra hole.

Both players tied the 27-hole event with scores of 105.

In the tournament’s more than eight decades, a Sauer has won the championship flight 19 times, including nine by Ray, two each by Ed and Mike, and one by Joe and Pete. That means the surname Sauer has won the event every five years.

Even Dylan Sauer-Sundly, the 14-year old son of Joe, continued the Sauer tradition when he snared the second flight on his first attempt in the tournament.

The tournament drew 103 contestants, which makes it one of the most successful shortstops in Minnesota.

In the Women’s Championship Flight, Emily Steinmetz captured the gross title by edging out runners-up Amber Daniels and Cindy Kunkel by one shot. Steinmetz shot a 95.

In the Net Division, Carly Czech fired a 75 to prevail.

In the Senior Gross Division, Bemidji’s Jeff Wiltse bested Mahnomen’s Jim Strandemo in a two-hole playoff. Both players tied with rounds of 74. It was Wiltse’s fifth senior title.

Tournament Director Ray Sauer shot a 75 and missed the playoff by one shot.

In the Senior Net Division, Brad Roegiers won with a net score of 72.

The Super Senior Division was won by Moorhead’s Dan Elton, who fired a 74 to edge runners-up Parker Anderson and R.J. Smiley by three shots. Anderson won the Net Division over runners-up Bob Kobilka and Dave Cochran.

Longtime Tianna Course Superintendent Bill Cox had the course in pristine condition; club manager Carrie Johnson provided excellent food service for the competitors; and Tournament Director Ray Sauer thanked all the volunteers who helped with registration and scoring throughout the day.

Next year’s tournament will be played Aug. 22.