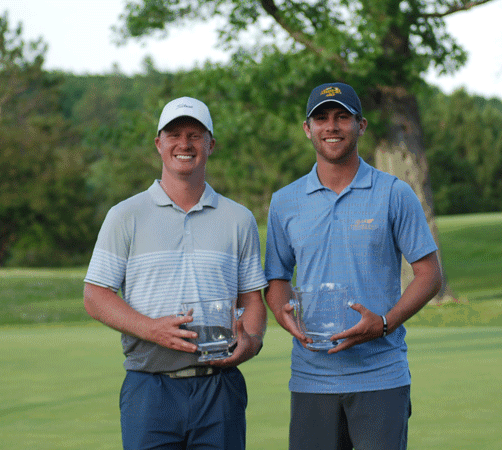 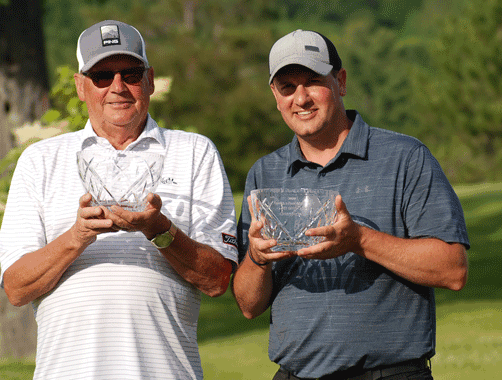 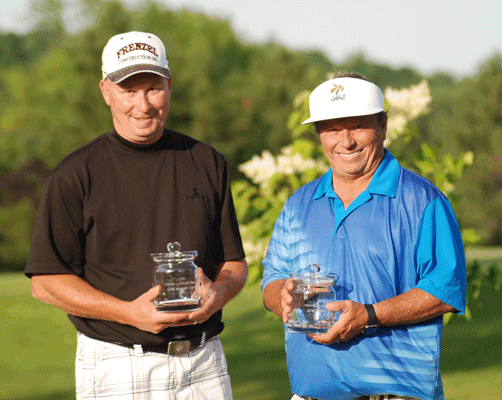 Pandemic or not, the 47th annual Tianna Country Club Two-Man Best Ball was contested June 28 with a full field of 76 two-man teams.

Blessed with temperatures in the 80’s, barely a zephyr, and a field loaded with highly talented golfers, the event run by host Ray Sauer and his wife Kathy, survived COVID-19 without any glaring glitches.

Winning the 2020 Championship Flight Division was the duo of North Dakota State senior Andrew Israelson and Bemidji State alumnus Matt Haugstad. The dynamic duo shot rounds of 32-33-29 (14-under par) to rout the field by five shots. The duo’s 29 (-7) over the final nine holes was a course record on the back nine, but not the over-all record for 27-holes that is still held by Thomas Strandemo and Zach Israelson, who shot a 93 (-15) to snare the title in 2014.

Finishing tied for second were the teams of Bill Israelson, professional at The Vintage in Staples, and Vintage member Brad Anderson, along with Fargo Country Club teaching professional Kris Kroetsch and his North Dakota partner Chad Skarperud. Both teams shot a 99.

In the Senior Flight, which was a tournament within the Championship Flight, the team of Scott Hinners and Curt Howard, both Bemidji Town and Country Club members, fired rounds of 37-35-36 to edge out the duo of Ray Sauer and former Mahnomen standout Jim Strandemo (37-36-37) by two shots.

In the net division, winning for the first time was the duo from the Albany Golf Club of Ron and Jason Luethmers, who shot rounds of 32-29, to scorch the field by four shots.

Finishing in a tie for second with identical round scores of 65 (32-33) were Tianna members Franz Ringle and Paul Nordeen, and Randall Morrison and Jeremy Medina.

The consensus voiced among the 152 participants was the superb condition of the course. Tianna Superintendent Bill Cox and his competent crew had the course immaculate.

Club manager Carrie Johnson and her staff had the food service staff run a smooth operation in light of all the precautions in place due to the COVID-19 protocols.

Next year’s event will be played again the fourth Sunday in June, which falls on June 27.