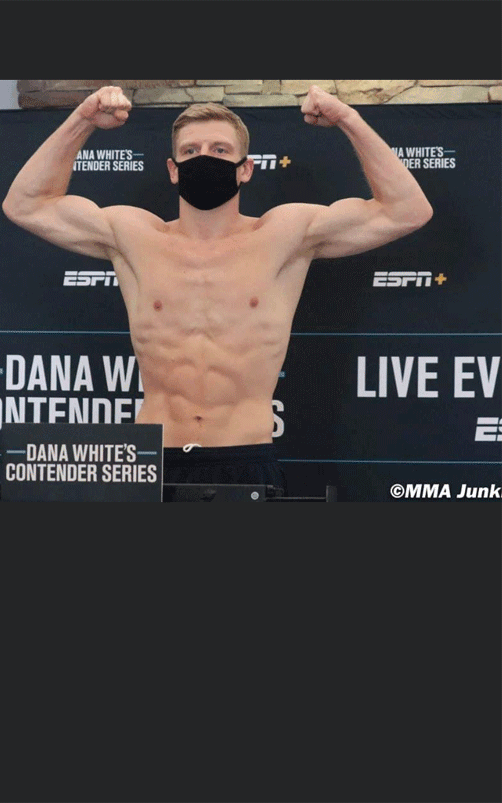 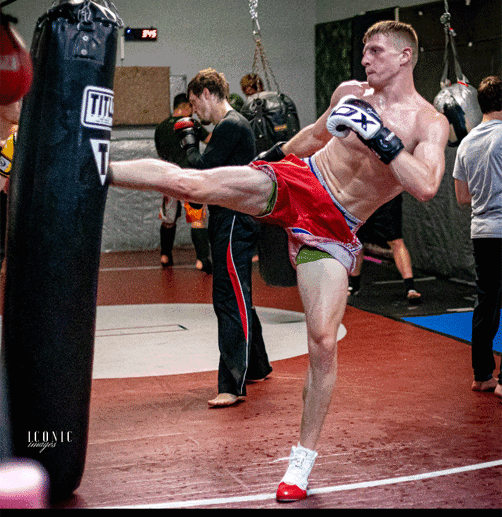 Collin Huckbody realized a life-long dream when he earned a contract with the UFC by beating his opponent in Las Vegas.

Fighting as a middle weight at the 30th edition of Dana White’s Contender Series Aug. 25, Huckbody had the only submission of the four-fight card. He used an arm-triangle choke hold to beat Kyron Bowen, who came in riding a seven-match winning streak and ranked No. 1 in Arkansas, in 1:28 of the first round.

“It’s been a long time in the making. I didn’t expect it to happen in 2020 during COVID-19,” said the 2013 Nevis graduate who is 8-2 since turning pro and has won his last five fights with four by submission. “It feels great to have the platform to do something I really love to do and the ability to make money doing it.”

Headlining the event at the UFC Apex was Jhonoven Pati facing Jamie Pickett in a middleweight bout. Taking the co-main event spot was a featherweight contest between Rafael Alves and Alejandro Flores. Pickett and Alves were both victorious in those outings and earned a contract into the UFC.

The other contract earned was by flyweight Jeffrey Molina, who won via unanimous decision over Jacob Silva.

Huckbody’s interest in UFC began as a youth — when he first became captivated by mixed martial arts. But it wasn’t until he was a high school wrestler that he realized his potential.

A fourth-place finish at the Minnesota State Wrestling Tournament his junior year and sixth the following year gave him a great start into the amateur ranks.

“When I lost a wrestling match, I always wondered if I could beat him in a fight,” Huckbody said.

He gives a lot of credit to his success to Walker-Hackensack-Akeley-Nevis High School Wrestling coaches Colby Marich and John Rowell, who he says built him into the beast he is now.

“From a young age Collin’s athleticism and work ethic gave people around him an indication that he had the potential to be something special. As it turns out, Collin went on to have a very successful youth wrestling, high school wrestling, and amateur fighting career,”  said Marich. “I was so excited to see him reach his ultimate goal and get a UFC contract. I was privileged to have been part of his wrestling journey, and now I’m very excited to see where the next chapter goes. He has made the small communities of Walker-Hackensack-Akeley-Nevis very proud.”

Huckbody’s first MMA fight came when he 18, and over the next couple of years he would fight seven more times.

Since graduating from Nevis School, Huckbody has trained in Bemidji and Wadena, learning from the best coaches he could. He also wrestled while attending  Itasca Community College  in Grand Rapids.

Huckbody lives in St. Cloud now, where one of his jobs was moving furniture. He quickly realized that was taking a toll on his body as he was training for fights. He quit that job and went to work in a group home for mentally disabled adults.

All of his time the last three months has been spent training for his Contender Series fight.

Huckbody will soon be moving to Albuquerque, N.M., to train for his first UFC fight in Las Vegas sometime in November.

“I’m putting myself with the best coach I can in Albuquerque. I’m only 25 and I figure I’m still getting better and growing,” he stated.

His training routine includes jiu jitsu, muay thai, wrestling and boxing. A huge part of his recovery are ice baths, eating healthy foods and reading. Some of the books he has enjoyed reading are “Own the Day, Own Your Life” by Aubrey Marcus, “Tribe of Mentors” and Bruce Lee’s “Striking Thoughts.”

“I also really listen to the needs of my body,” he said about his routine. Something that helps immeasurable is that he is able to recover faster than a lot of other fighters.

He said his goal right now is to focus 110 percent on fighting and building a future that one day will hopefully include owning his own gym while also continuing to compete professionally.