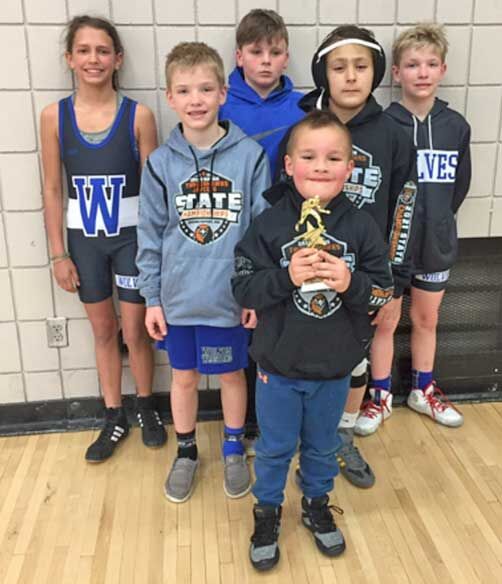 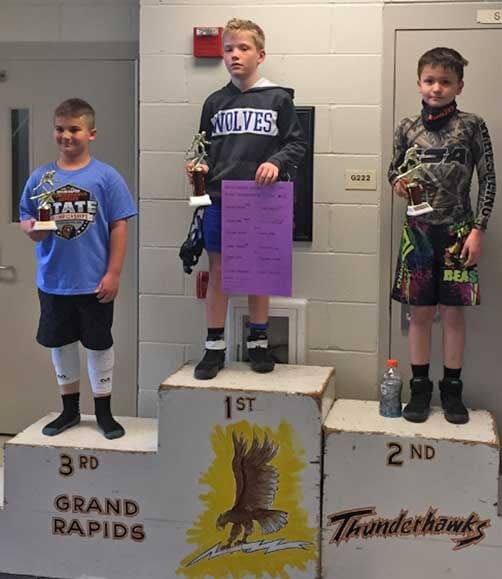 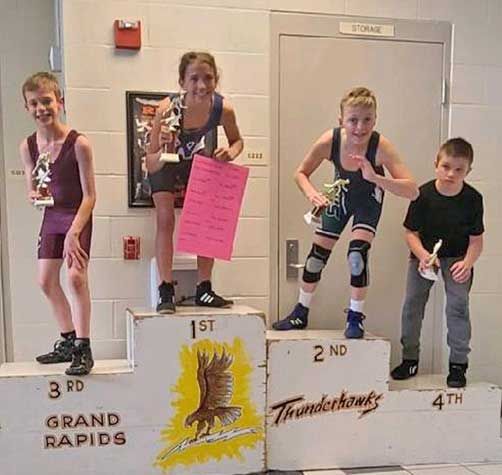 A group of Walker-Hackensack-Akeley brought home some trophies from two state tournaments.

Fourth-graders Carson Jacobs and Chase Whitney each took fifth place with 5-2 records, eighth-grader Callen Whitney placed sixth with a 3-3 record, and Stangle finished with a 1-2 record.